Who was St Saviour anyway?

The church is named after Jesus Christ the Holy Saviour. Saint means Holy. The dedication of a church to Jesus in this way is more familiar in Latinate forms: San Salvador, St Salvator etc.

What denomination does St Saviour’s belong to?

St Saviour’s belongs to the Scottish Episcopal Church. The Scottish Episcopal Church has deep roots which stretch back to the Celtic Church in Scotland, the undivided Catholic Church and the Church of Scotland which was reformed after 1560. The Scottish Episcopal Church is a member of the Anglican Communion. Many people come to St Saviour’s who have previously worshipped in another tradition. There are members of the congregation who have previously worshipped in Roman Catholic Churches, the presbyterian Church of Scotland, Evangelical Churches, the Society of Friends, the Salvation Army and other Anglican Churches. In recent years a number of people have joined the congregation who are interested in testing the claims of the Christian faith for the first time.

What is the profile of the congregation?

St Saviour’s has a wide age profile. Some members of the Young Church help by acting as altar servers which is a way of leading the worship on a Sunday morning. St Saviour’s is the nearest church of its kind to the University of Stirling and we usually expect to have students present during semester. The congregation comprises a variety of people including young families, couples, divorced people, those who have lost a spouse or partner through death, single people, gay people and married people.

Are you a Bible-Believing church?

Yes – we have a fascination with the bible and the Sunday morning services usually include 4 readings from it. We take the bible so seriously that we are hesitant about accepting the easy answers that fundamentalism can offer. The preaching at St Saviour’s is an attempt to proclaim the good news about Jesus in a lively, generous and compassionate way. We believe that this good news includes teaching people that they can know God today, bring justice into the world and live at peace.

Speak to the Rector about the date and time before booking anywhere else. It would be wise not to book the reception until you have booked both the church and the person taking the service.

How much does it cost to get married in St Saviour’s?

We don’t charge a fee for the use of the church. You are welcome to make a donation to the church at the time of your wedding. If you are a tax-payer, please do this using the gift-aid envelope which the person taking the service can provide. This means that the tax that you have already paid on your gift can be reclaimed by St Saviour’s. There is no fee charged by the clergy. You will have to pay a fee the organist’s standard fee if you choose to have organ music.

Can we choose what music we want to have at our wedding?

You can choose what music you want to have, though you need to be aware that not everything that has been written for the organ is practical on the St Saviour’s organ. The organist will be happy to give advice about what music might be possible.

Occasional Evensongs through the year.

So far this week at #yeek 22 we have journeyed through Advent, Christmas, Epiphany and Lent. Today it is Easter day.It's Easter Day at the Youth Week! We journeyed through Lent yesterday and cheered with loud alleluias today. Christ is risen! Our delegates even went on an Easter egg hunt #yeek22 ... See MoreSee Less 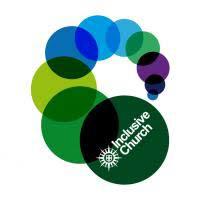